The objective of this project is to develop harmonic derating guidelines for distribution transformers that account for the extra heating caused by non-linear load currents. The excess heating developed within transformers is a function of both the spectral content of the current waveform and the internal construction of the transformer. The current spectrum is determined by the type of load served while the transformer losses are influenced by construction materials and design.

The losses in a distribution transformer consist of no load and full load losses. The no load losses are governed by the core design and magnetic material. Hysteretic losses due to the re-orientation of magnetic domains twice per cycle together with the eddy current losses in the core laminations comprise the no load losses. Eddy current losses could increase if the system voltage were severely distorted. Core eddy losses are not generally a concern since the system voltage usually contains several percent or less of distortion. Harmonic load currents do not significantly affect the no-load losses of the transformer. Hysteretic and core eddy current losses are illustrated below.

The approach used in this project was to perform frequency scans of both single and three phase transformers to determine the effective resistance as a function of frequency. The measured effective resistance is in effect a resistance representing both winding and stray loss effects. The measured resistances are used in a spreadsheet to iteratively calculate the losses due to composite 60 Hz and harmonic loads such that the total losses yield the same Watts loss that occur when the transformer operates at rated 60 Hz current. To ensure that transformers with different constructions are included in the sample, transformers were measured at utilities with different A and B factors. The A factor is the equivalent first cost of no load losses while the B factor is the equivalent first cost of load losses. Both quantities are expressed in $/Watt.

A suitable instrumentation package was developed for this project to perform test measurements. Functionally, the equipment had to be portable such that it could be taken to different utilities and be capable of providing test signals over a wide range of frequencies from 60 to 1500 Hz.

The test sites selected in this project were based on a combination of A and B factors within the DSTAR membership and the location of transformers relative to Schenectady, NY. Utilities with low, middle, and high B factors were selected. Initial tests were performed at Florida Power Corporation where harmonic measurements of transformers were performed in the previous year in support of the IEEE Transformer Committee. The existing data provided an opportunity to compare harmonic data of 4 different transformers measured by two different methods. 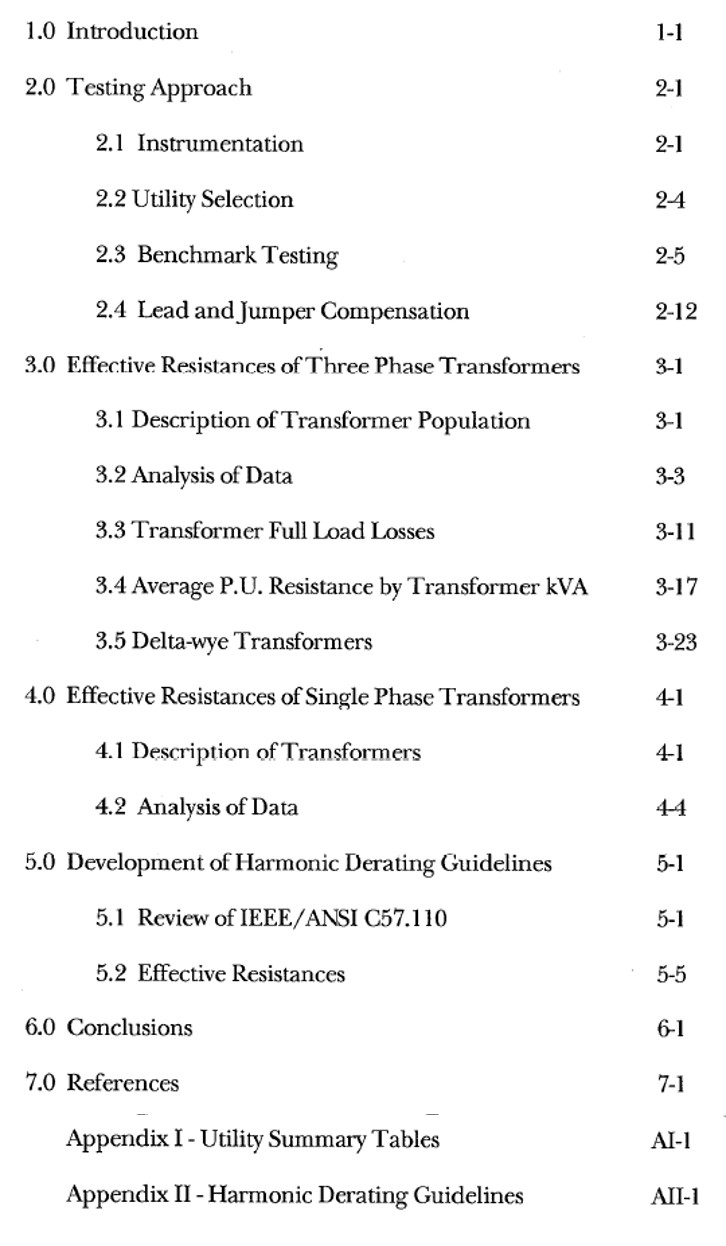 This study was conducted in: P4-3