A prior DSTAR project (P12-6) investigated the changing nature of loads on electric distribution systems. The project confirmed that the nature of the aggregate electrical load served by utilities has evolved over the last decade and is changing even more rapidly as "new" and more non-linear end-use loads proliferate on distribution systems. 5th & 7th harmonics have been a feature of electronic loads for a while and effective methods have been developed to mitigate them. With more phase-to-neutral connected electronic loads, distribution utilities are finding that in many cases the dominant harmonic is the 3rd, which causes high neutral currents and neutral-to-ground voltages in addition to substantial increase in voltage distortion. Current harmonic distortion can have a serious impact on distribution systems because a transformer that needs to supply fundamental currents to non-linear loads will not be able to provide the rated fundamental current (transformers are RMS current-limited) resulting in reduced system capacity. Voltage harmonic distortion, which can be created by current harmonic distortion, can have a detrimental effect on the loads within a facility. For instance, in three-phase systems, the fifth harmonic can cause a negative torque to an induction motor that attempts to drive the motor in a direction opposite to normal operating direction. This causes the motor to draw more current, which can result in the tripping of protective devices or motor failure due to overheating.

This project was initiated to investigate the effects of excessive harmonic on distribution system with a focus on 3rd harmonics using the following three-tiered approach: 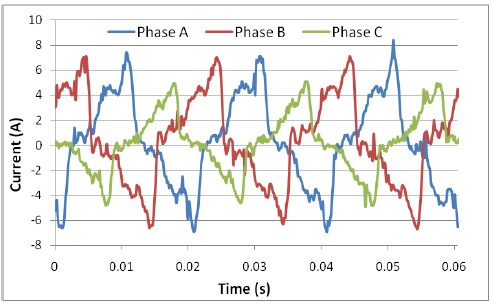 (3) Perform a case study where excessive third harmonic currents on an actual distribution feeder were effectively mitigated by converting the capacitor banks on the feeder from ‘grounded wye’ to ‘floating wye’.

The results are summarized in the comprehensive final report for Project 13-5. The case study in Chapter 5 describes an actual distribution feeder that experienced problems due to excessive third harmonics, which were successfully mitigated by changing the connections of distribution feeder capacitor banks from ‘grounded wye’ to ‘floating wye’. To verify and explain the field results, a detailed model of the distribution feeder was built in transient simulation software with the harmonic loads modeled as electronic loads with a converter and used to recreate the problem and the ‘floating wye’ mitigation strategy employed in the real world. 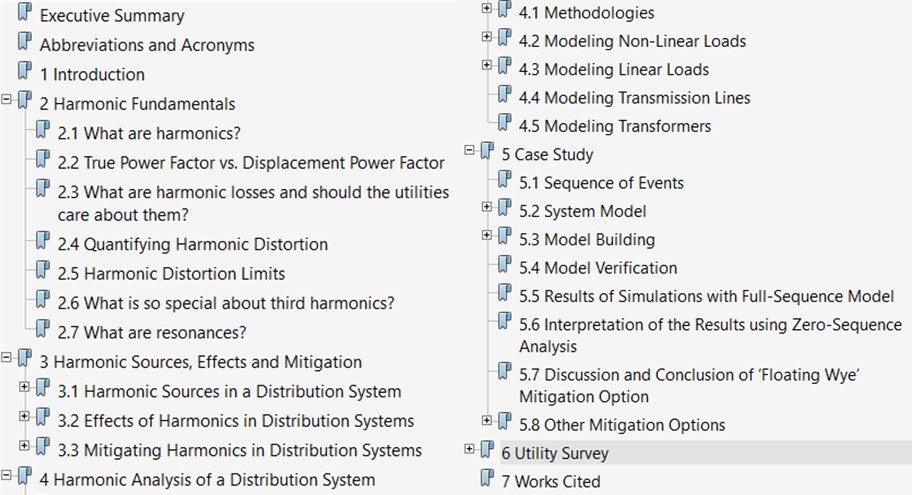 For the complete report on Project 13-5: Impact of High Penetration of Harmonic Loads in Distribution Systems, visit :