A solid blade switch (also called a by-pass switch, or switch-disconnector) is a common, relatively inexpensive switching device applied to backbone feeders to pick up and drop load. Under regular day-today switching up to 900 amps of load may dropped or picked up. Many utilities use 600 and 900 amp, solid blade switches on their systems to isolate faults and minimize the number of customer outages on radial distribution feeders.

However, during O&M activities, there are times when solid blade switches are inadvertently closed under faulted conditions. During a fault, the station breaker may be closed in, while a midpoint solid blade switch is open, in order to help locate the fault. If the breaker does not trip, then the fault is beyond the midpoint switch. If another fault exists beyond the repair point or the fault was not completely repaired, the trouble person may be inadvertently closing into a fault. The closing operation under these conditions represents a potential hazard to field crews. Member utilities have expressed concern that in their worst case, a worker may close into a fault where the switch would see 20 kA (Symmetrical) @ 2.4 kV or 10 kA (Symmetrical) @ 7.2 kV.

While there is confidence that solid blade switches have been designed and dimensioned to operate adequately under normal duty, closing into a fault is not an operation for which this equipment is designed. Therefore, testing the equipment for operation under such duty is advisable. The purpose of this project is to ensure that solid blade switches can be safely operated under test conditions designed to replicate closing into a fault.

• Measure the speed at which an experienced linemen closes a solid blade switch. This speed is used for the closing operation performed by a computer-controlled mechanical arm.

• Close blade switch into the specified fault conditions with the mechanical arm. Closing in this manner is repeatable and consistent with normal industry practices. 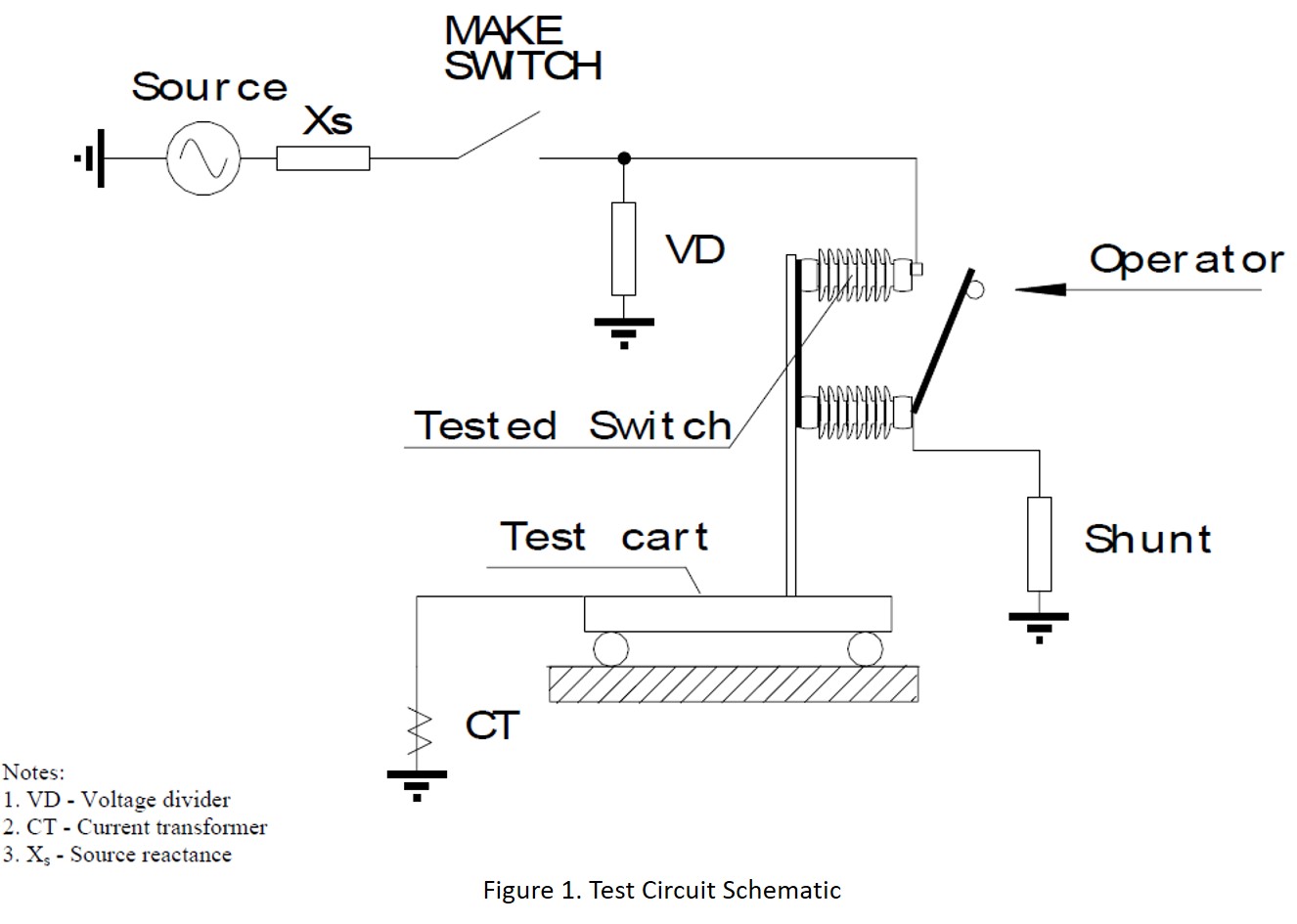 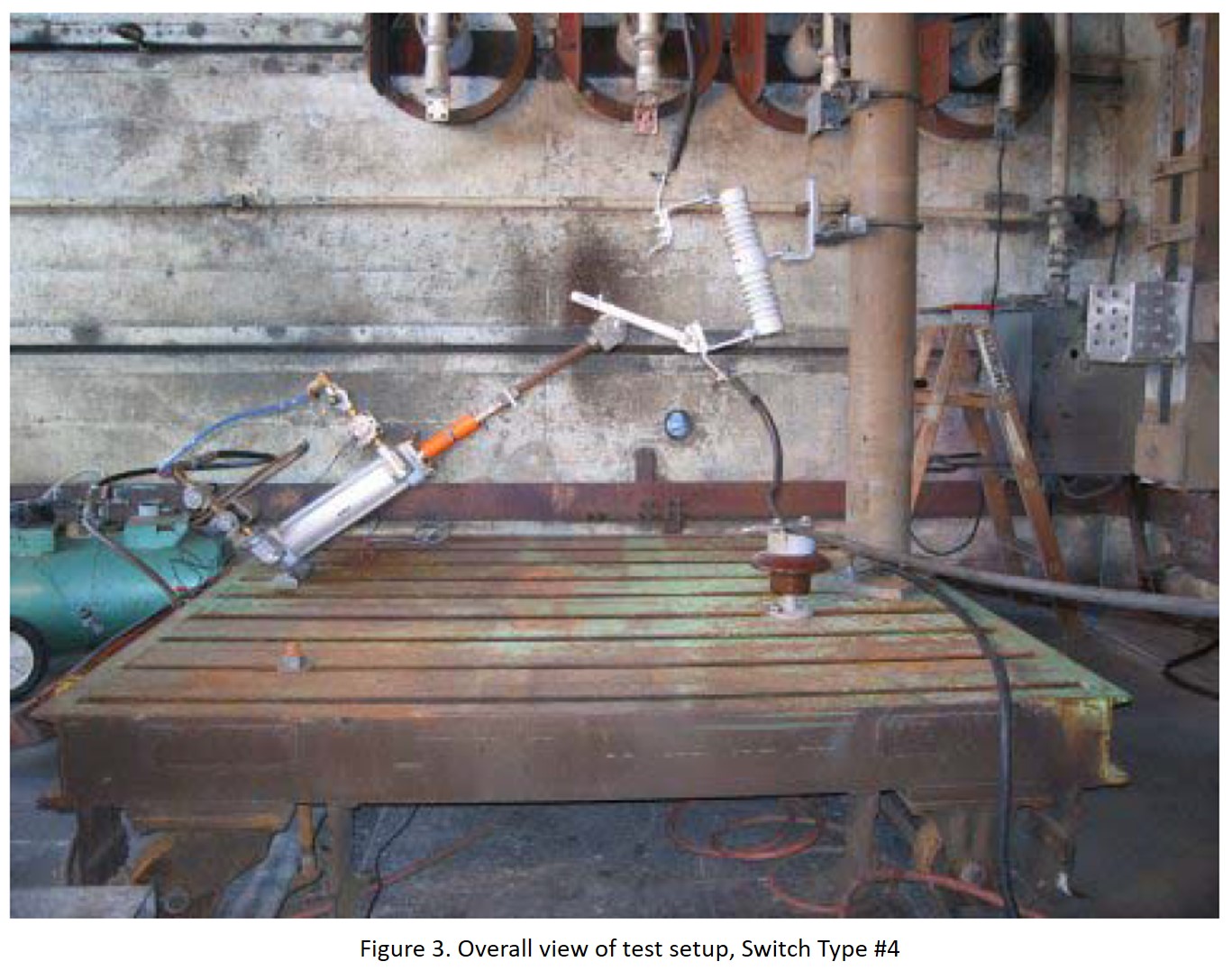 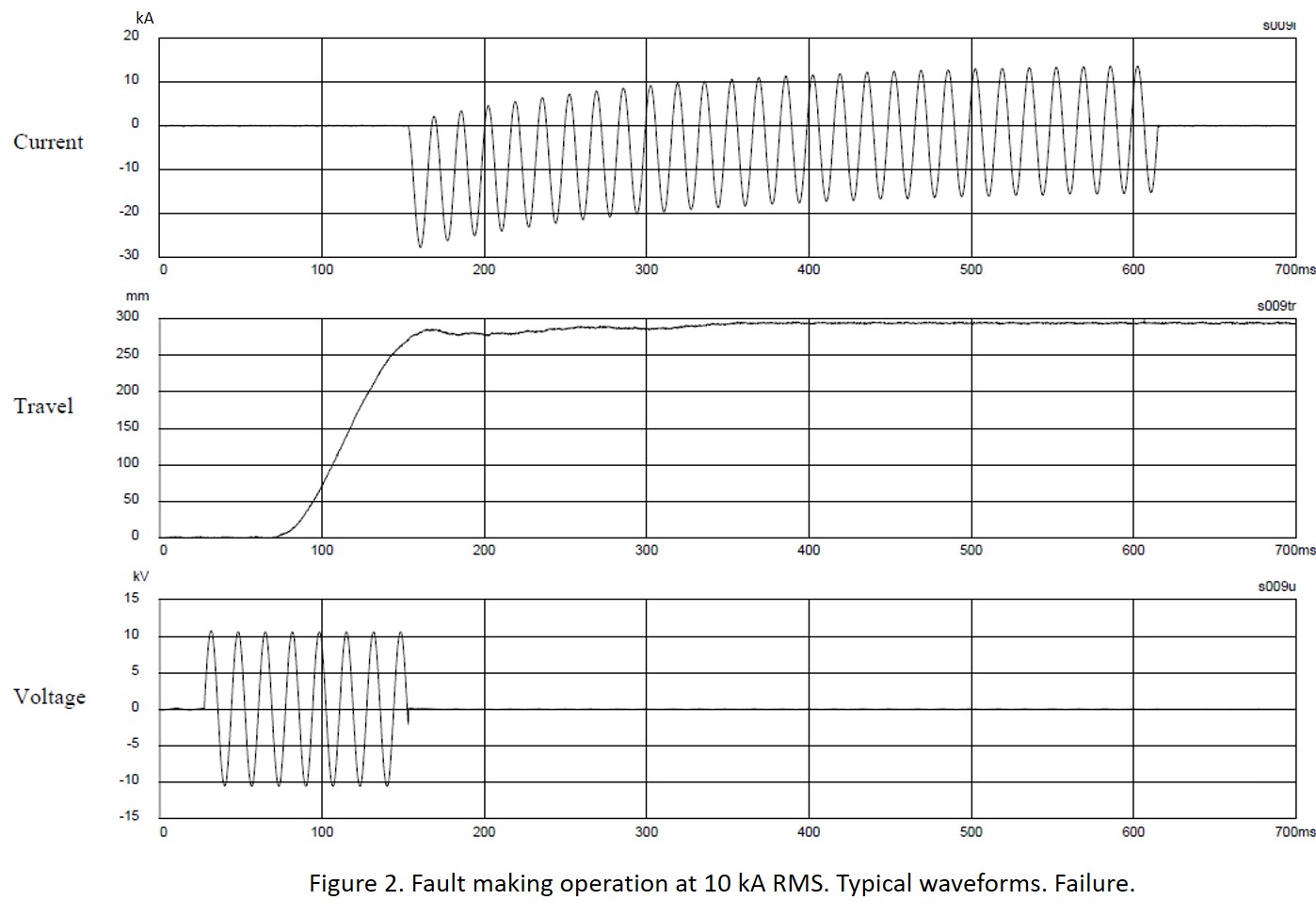 • A unit is considered a failure when the largest piece of debris that falls from the switch has a dimension greater than 0.5”

• A unit is considered a failure if the switch contact resistance changes by more than 200% when measured before and after the test. 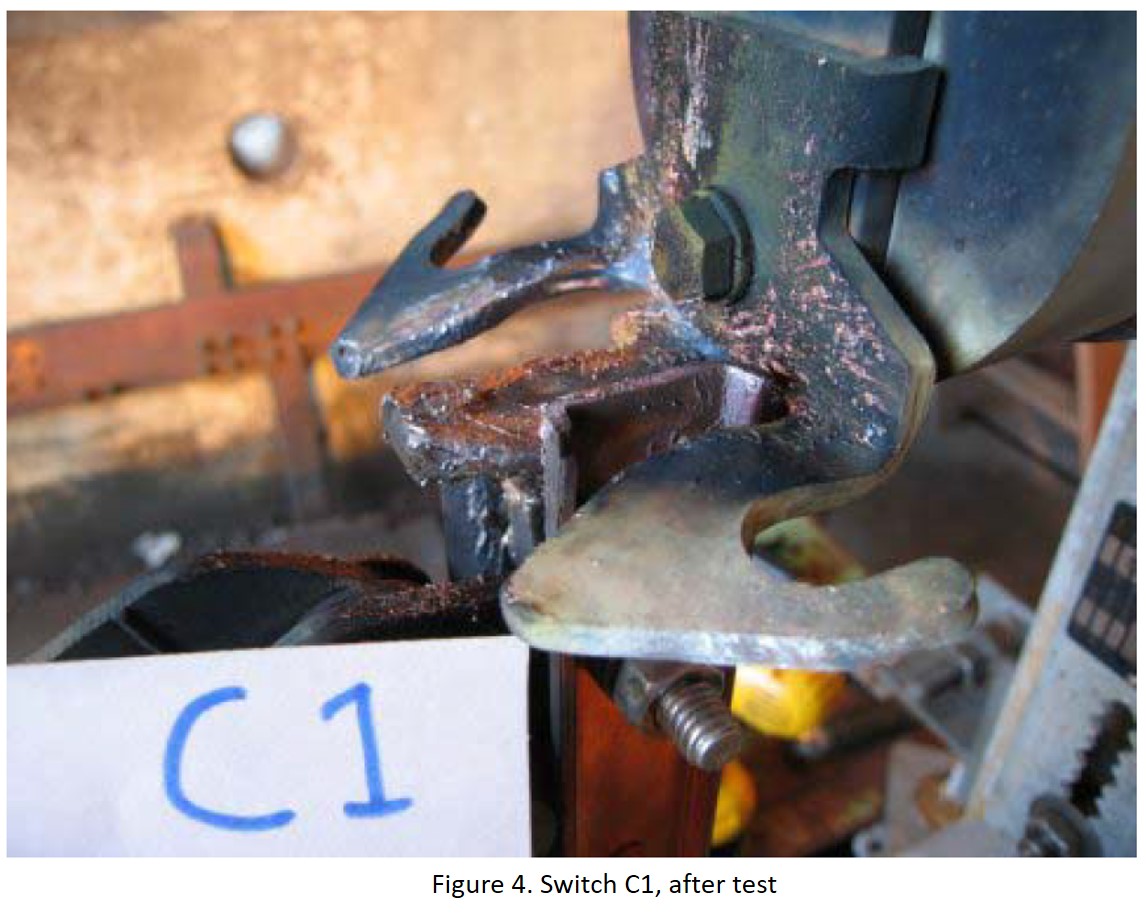 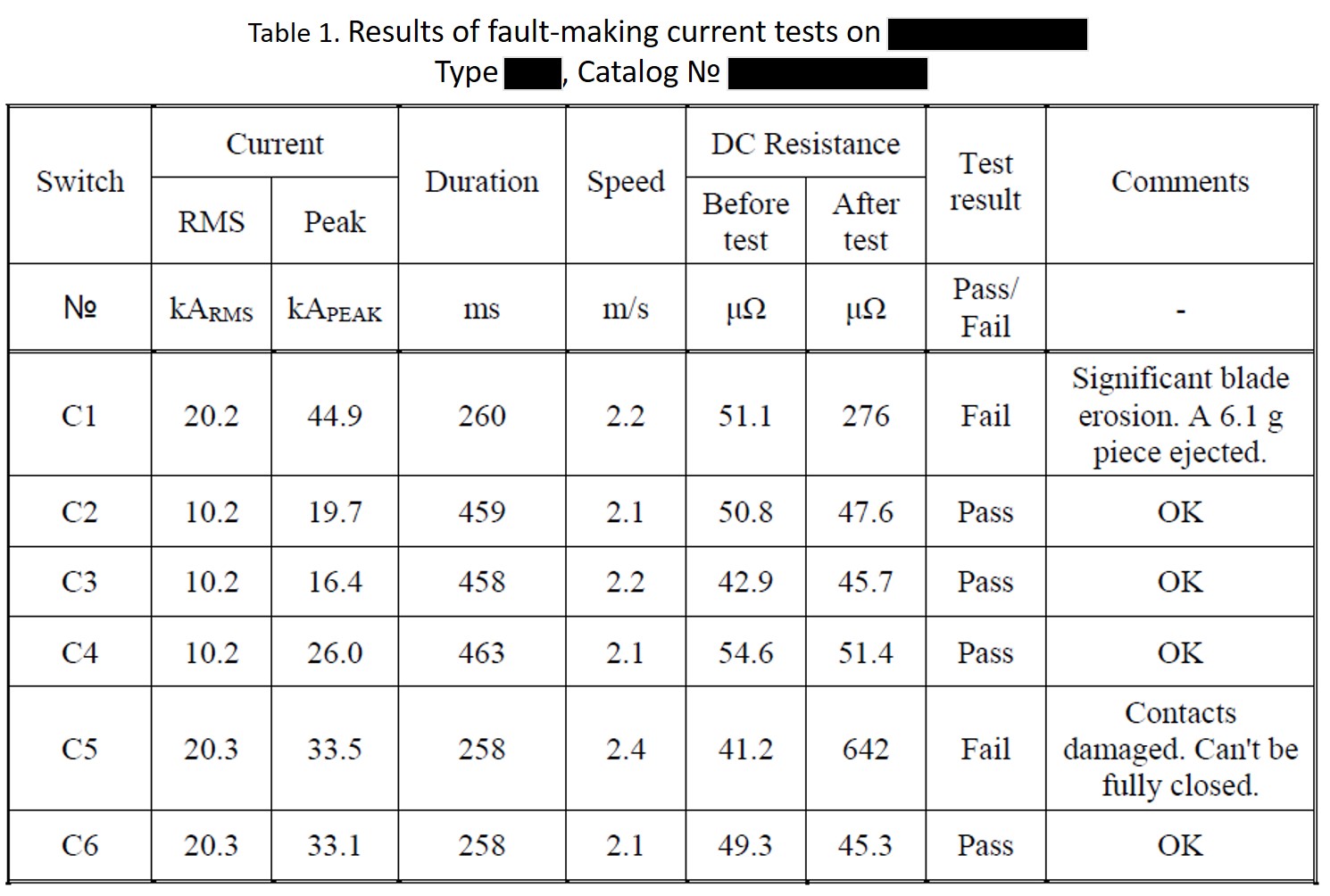 The deliverable from this project is a 35-page report that describes the test procedure, presents the results of multiple tests with four commonly used switches, and includes numerous pictures of the test setup and switches after the tests. The results of the project also includes spectacular high-speed video of the switch tests. Some examples of these videos can be seen by clicking on the links below.