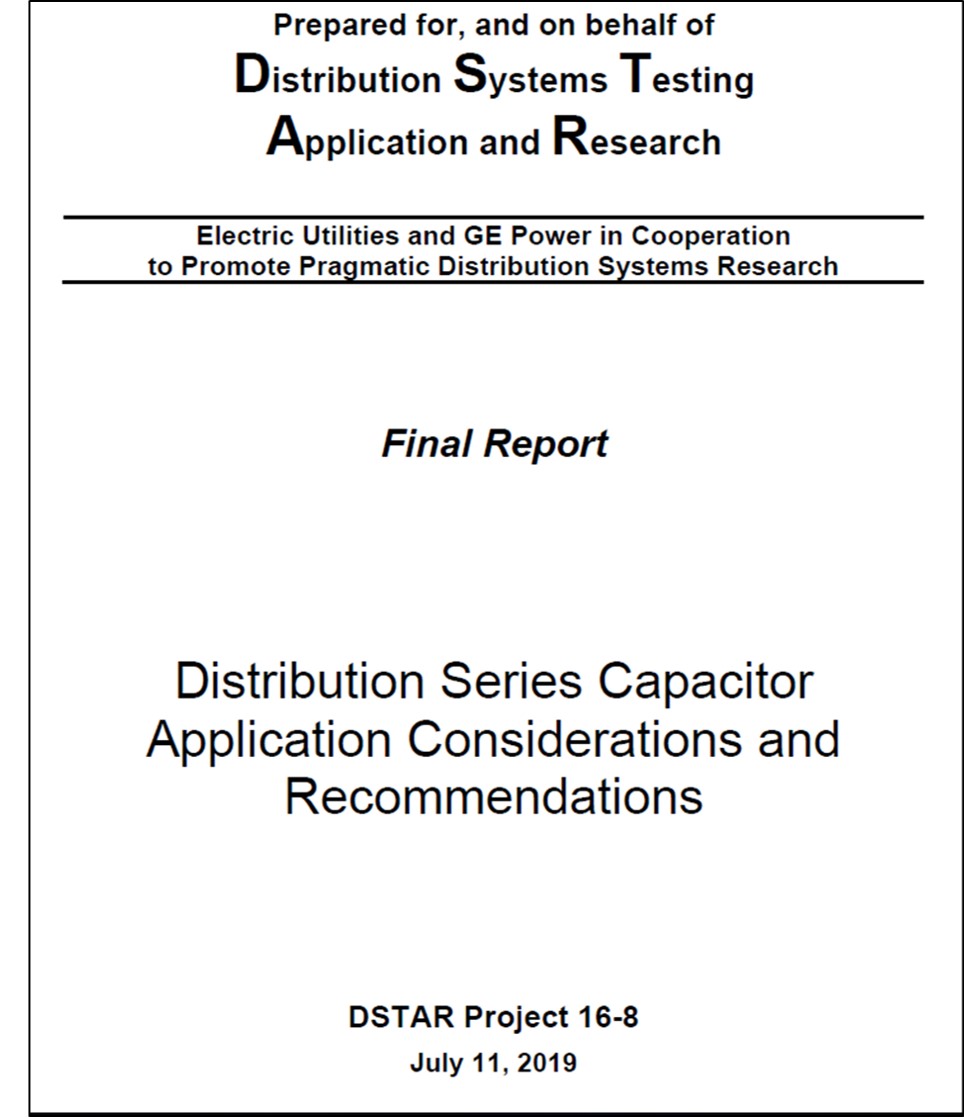 Both the early distribution series capacitors as well as more modern installations have successfully mitigated voltage flicker issues. In some early applications, ferroresonance and subsynchronous resonance issues were encountered along with bypass gap issues. It is possible to mitigate these issues with proper application engineering and new gap technology. With this as background, the DSTAR membership proposed to re-visit this product as part of Project 16-8 starting with the history of this device, lessons learned from previous applications, identify the benefits/advantages of new equipment, provide some guidance on bank sizing and location, document previous motor experiences, and to the maximum extent possible, provide equipment prices.

This project report can serve as a reference for DSTAR members considering this application.
Key findings include: 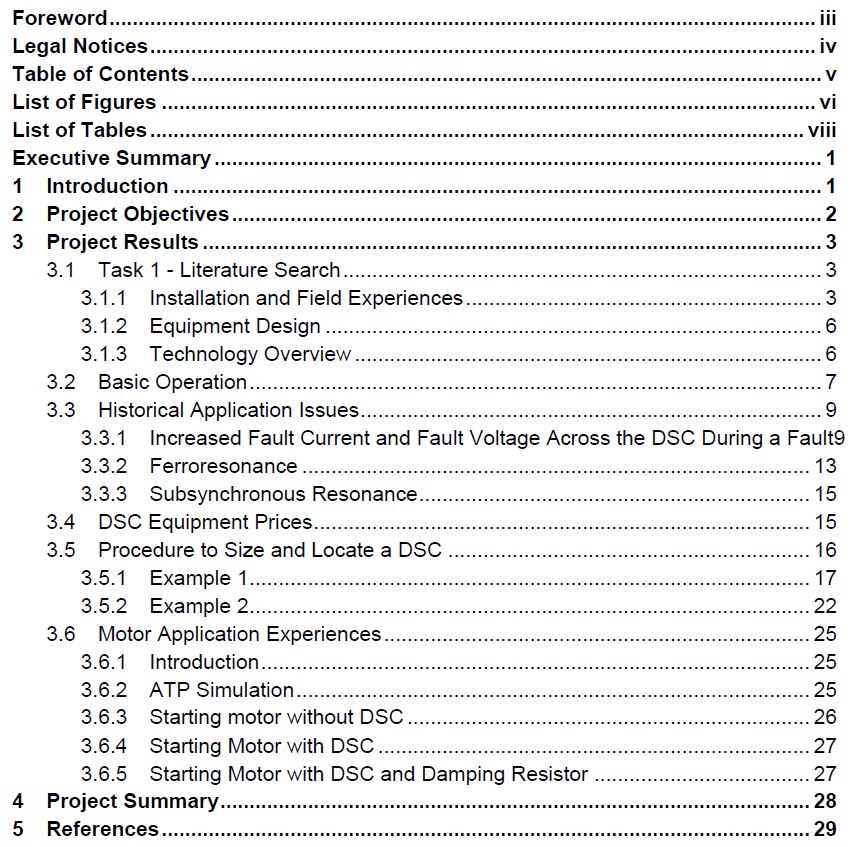 This study was conducted in P16-8