In recent years, solar power, and more specifically solar photovoltaic (PV) power, has been growing worldwide at a tremendous rate, as illustrated in the figure below. It has also been the fastest growing form of power generation in the US. A significant portion of solar generation is implemented at the distribution level for a number of reasons, including: 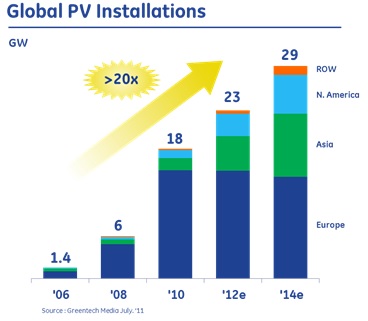 PV power on a distribution system, however, can pose significant challenges to system design, operations, and power quality. The characteristics of PV power are such that the impacts are different than most other forms of distributed generation; more severe in some areas, and more benign in others.

This report provides a tutorial background on distributed PV power generation and its impacts on distribution systems. A previous DSTAR report, Project 8-8, issued in 2002, documented impacts and issues of distributed generation in general. At that time, PV was perhaps the lesser in consideration of many types of distributed generation (DG). With the growth of PV and its move to the forefront of the various forms of DG, as well as changes in technology and regulatory climate, and the unique characteristics of PV generation, the DSTAR membership determined that a similar guide focused on PV is a high priority. This report builds on the success of the prior P8-8 document, with a concentration on small residential rooftop and commercial behind-the-meter applications. 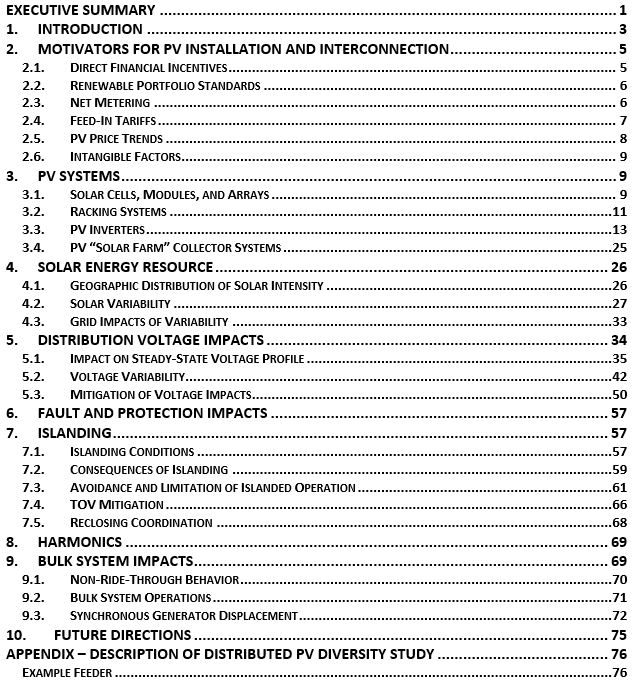 This study was conducted in: P13-9