A growing number of utilities were installing semi-conductive jacketed cable on their distribution systems. This type of cable has several inherent advantages: 1) the semi-conductive jacket provides system grounding while, 2) the jacket prevents moisture ingress to the neutral conductor. On the other hand, this type of cable is subject to induced currents during ground strokes which can propagate onto the secondary neutral, into padmount transformer wingdings, and customer loads.

P2-2 was conducted at the Skeats High Power Laboratory in Philadelphia. The main objectives were to:

In order to meet these test objectives, approximately 1000 feet of semi-conductive jacketed cable was installed in trenches adjacent to the existing direct-buried insulated jacketed cable and cable-in-conduit. Counterpoise in the first cable loop used in the Phase II investigation was removed to minimize proximity effects to the semi-con cable. An overall site plan is shown below. A total of 2 loops and 2 straight cable sections were installed. 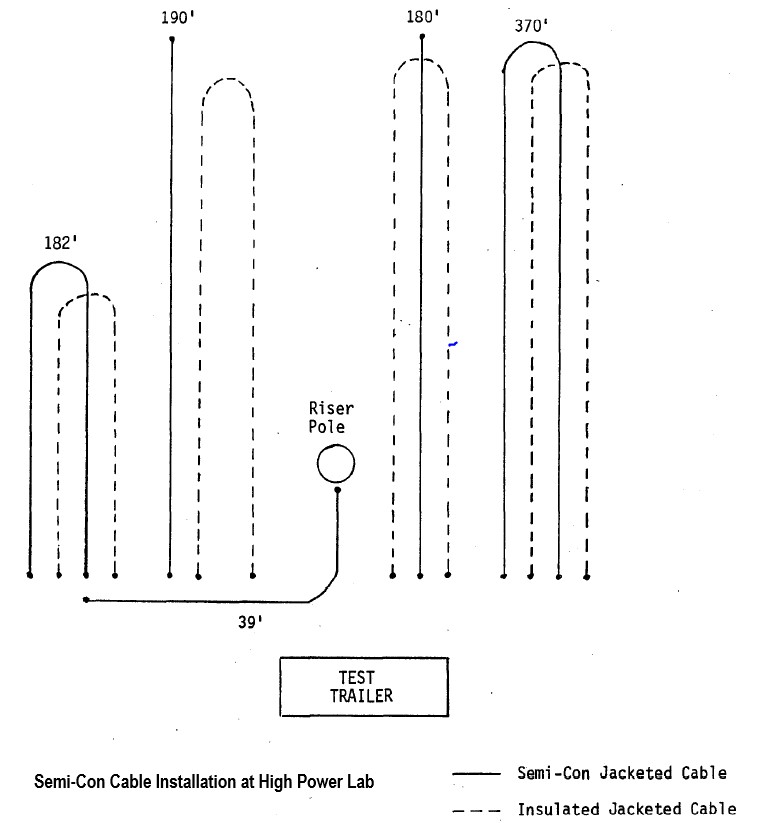 Neutral-to-ground voltages and neutral current propagation were monitored at four neutral splices made below ground and extended to the surface while other neutral monitoring points were located at the beginning and end of each cable loop and straight section. Each underground lead was insulated with tape. 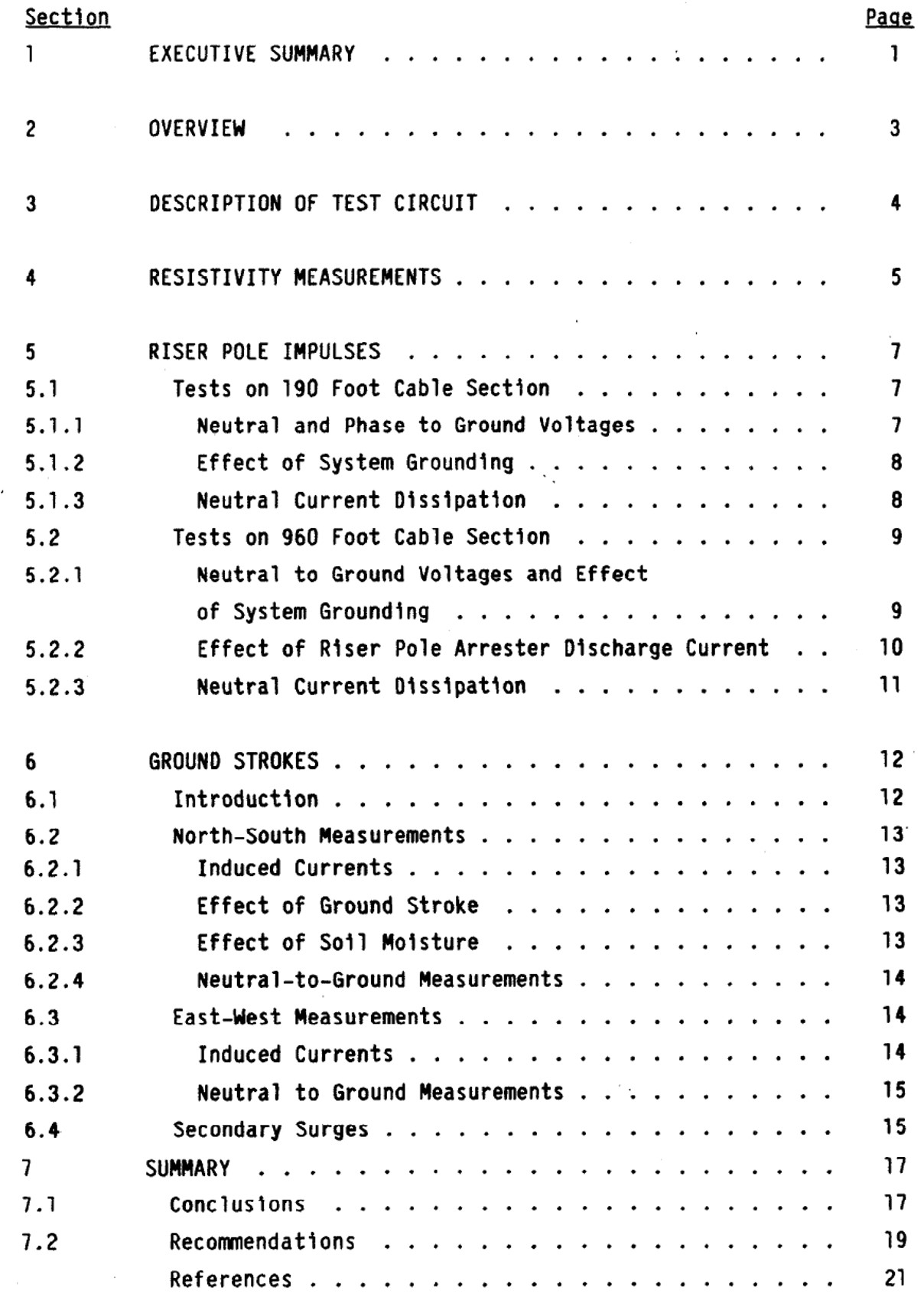 This study was conducted in: P2-2