Phase to ground voltage on a bank of three 25 kVA low-loss pole-top distribution transformers connected in wye-delta. One phase was previously closed, the second primary phase was closed at 21 ms on the plot shown above.

Wye-delta bank overvoltages are the result of one of the following phenomena:


The project was based on both full-scale field testing and computer simulations. Testing included silicon-steel and amorphous-metal core transformers ranging in size from 10 kVA to 100 kVA. Phase-by-phase switching was performed with a wide range of loads applied to the wye-delta banks.

Explicit guidelines for design, operation, and protection of wye-delta banks are provided in the final report which can be used to minimize risks of transformer failure and safety concerns due to possible eventful failure of arresters. 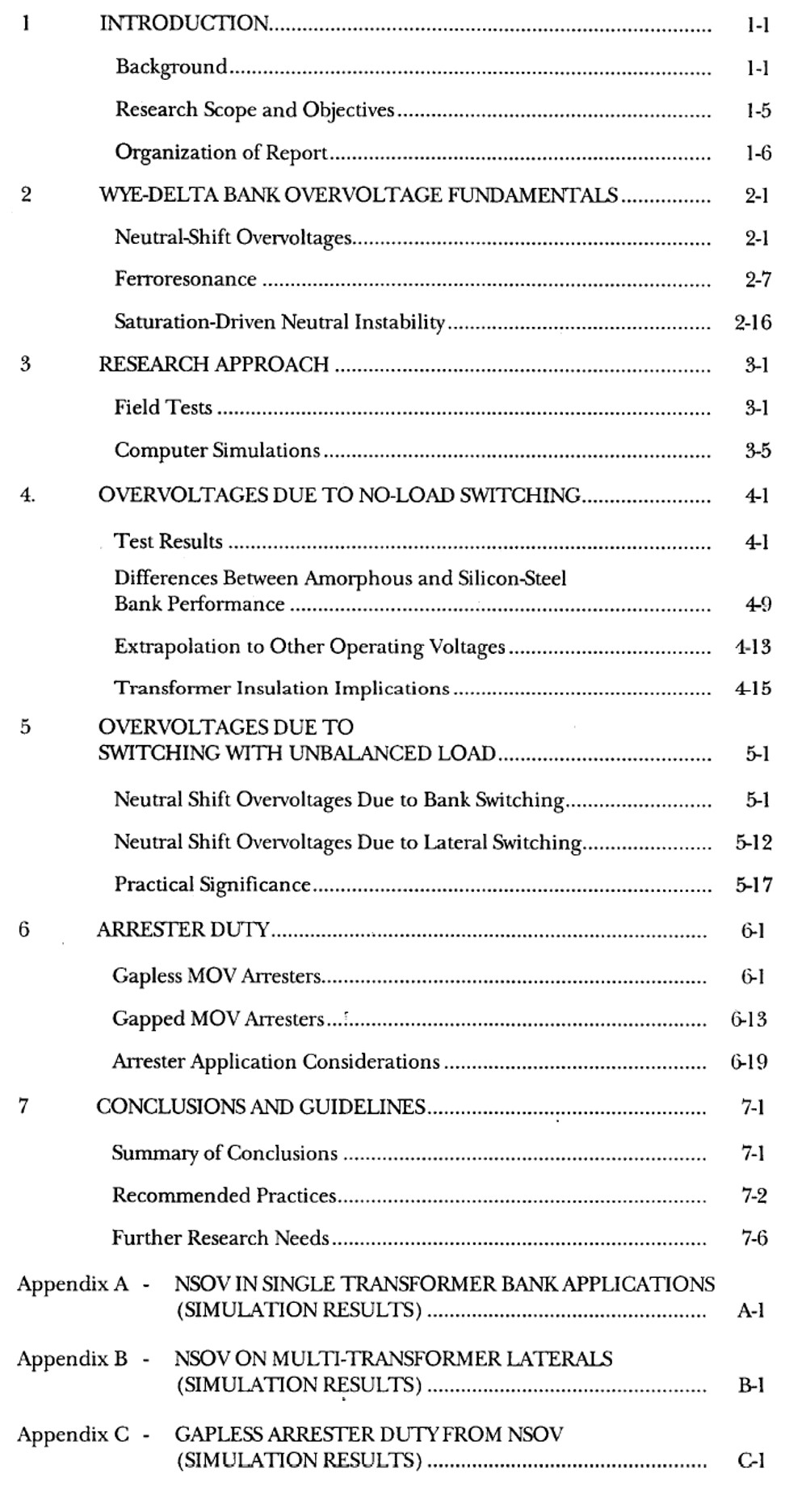 This study was conducted in: P5-2